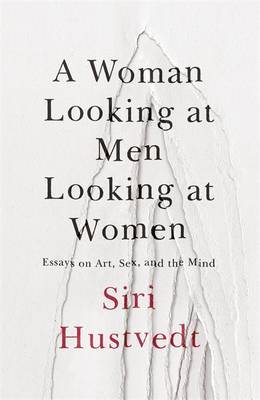 As well as being a prize-winning, bestselling novelist, Siri Hustvedt is widely regarded as a leading thinker in the fields of neurology, feminism, art criticism and philosophy. She believes passionately that art and science are too often kept separate and that conversations across disciplines are vital to increasing our knowledge of the human mind and body, how they connect and how we think, feel and see. The essays in this volume - all written between 2011 and 2015 - are in three parts. A Woman Looking at Men Looking at Women brings together penetrating pieces on particular artists and writers such as Picasso, Kiefer and Susan Sontag as well as essays investigating the biases that affect how we judge art, literature, and the world in general. The Delusions of Certainty is an essay about the mind/body problem, showing how this age-old philosophical puzzle has shaped contemporary debates on many subjects and how every discipline is coloured by what lies beyond argument-desire, belief, and the imagination. The essays in the final section, What Are We? Lectures on the Human Condition, tackle such elusive neurological disorders as synesthesia and hysteria. Drawing on research in sociology, neurobiology, history, genetics, statistics, psychology and psychiatry, this section also contains a profound consideration of suicide and a towering reconsideration of Kierkegaard. Together they form an extremely stimulating, thoughtful, wide-ranging exploration of some of the fundamental questions about human beings and the human condition, delivered with Siri Hustvedt's customary lucidity, vivacity and infectiously questioning intelligence.

Siri Hustvedt's first novel, The Blindfold, was published by Sceptre in 1993. Since then she has published The Enchantment of Lily Dahl, What I Loved, The Sorrows of an American, The Summer Without Men and The Blazing World, which was longlisted for the Man Booker Prize in 2014 and won the Los Angeles Times Book Prize for Fiction. She is also the author of the poetry collection Reading To You, and four collections of essays: Yonder, Mysteries of the Rectangle: Essays on Painting, A Plea for Eros and Living, Thinking, Looking, as well as the memoir The Shaking Woman: A History of My Nerves. Born in Minnesota, Siri Hustvedt now lives in Brooklyn, New York. She has a PhD in English from Columbia University and in 2012 was awarded the International Gabarron Prize for Thought and Humanities. She delivered the Schelling Lecture in Aesthetics in Munich in 2010, the Freud Lecture in Vienna in 2011 and the opening keynote at the conference to mark Kierkegaard's 200th anniversary in Copenhagen in 2013, while her latest honorary doctorate is from the University of Gutenburg in Germany. She is also Lecturer in Psychiatry at Weill Cornell Medical School and has written on art for the New York Times, the Daily Telegraph and several exhibition catalogues.