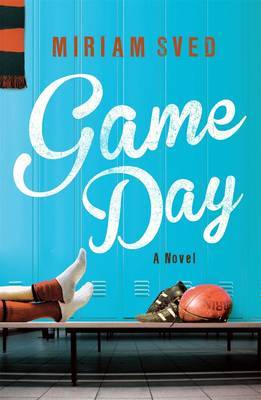 The new draft pick, the tired has-been, the up-and-comer, the might-have-been. The talent scout, the coach on the edge, the beleaguered umpire, the concerned medic. The number-one fan, the lifetime members, the desperate gamblers. The footballers' mums, the WAGs, the groupies. The tags, the rivals, the sledging. The pressure. Mick Reece and Jake Dooley, best mates since childhood, begin their first professional season playing AFL with little notion of what they're getting into: the complexity of the beast that the game must feed. In Game Day, Miriam Sved brings this beast into the light over the course of one season of Aussie Rules. What unfolds is a deeply insightful novel about the pathology of an AFL club, its players and its fans. Revelling in their battles, their victories and their relentless interdependence, Game Day asks whether what unites the true believers is stronger than what divides them, and if love of the game can transcend our flaws and imperfections to result in something beautiful. Sved's debut novel is a poignant and clear-eyed exploration of what sport means for Australians, and the intensity with which we pursue and cherish it.

Miriam Sved is a Melbourne-based writer whose short fiction has been published in various places including Best Australian Stories and the anthology Just Between Us: Australian writers tell the truth about female friendship. Game Day is her first novel.