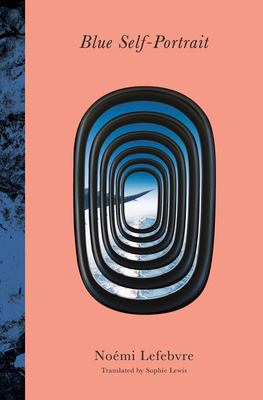 During a 90-minute flight, a woman looks back on an affair with a composer in a cerebral, feminist, Bernhardian debut.

"These subjects, ranging from anxiety that his sexual desirability is dependent on his girlfriend imagining she's sleeping with the next Schoenberg, to the paralysing effect of nazism on art, to beautiful insights into the compositional process, ensure that the book is no melancholic meditation on lost loves. For a comparatively short novel, Blue Self-Portrait yokes together an extraordinary profusion of ideas."--Eimear McBride, The Guardian

Noemi Lefebvre was born in 1964 and lives in Lyon. She studied music for over 10 years as a child and later obtained her Ph.D. on the subject of music education and national identity in Germany and France. She became a political scientist at CERAT de Grenoble II Institute. She is the author of three novels, all of which have garnered intense critical success in France.Sophie Lewisis a literary editor and translator from French and Portuguese into English. She has translated Stendhal, Jules Verne, Marcel Ayme, Violette Leduc, Emmanuelle Pagano, and Joao Gilberto Noll, among others.